Skip to the content
Home > About Us > Meet the Owner 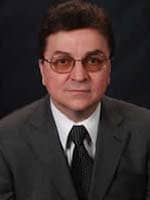 Jack A Reaney Jr entered the Insurance Business as a Career Agent of the Penn Mutual Life Insurance Co. in 1978 having graduated from La Salle University with a Bachelor of Science in Marketing that same year.

SL
Your knowledge is unquestionable and your guidance is always welcome.Steve L., Pennsylvania
JR
So happy we found him and so grateful!!Jay R., Manhattan, NY